In this group, my section, IT-CS-CT (Communication Tools) is a small team (around 7 people) of young and multicultural developers and is in charge of building software to support and manage the network, telephony, and group services.

The database controlled by our section (LANDB), is the core of the network activities at CERN, and we model all needed networking and telephony concepts that will be either consumed by high-level applications that we build or by other low-level applications in other sections of the group.

Administrators application, it is used by members of the group, security team and other power users to configure the network.

This application has been developped since many years, thus there were many architectures (JSP code, J2EE beans, master singleton with all the code, …). I proposed to introduce a new layered service-oriented architecture based on Spring (MVC, Data, …). This ended up with the standard three layers: controllers, services, repositories.

By using this architecture we were able to share code (through maven artifacts) among all the application that we develop.

User-facing application, it is used by all the users and visitors at CERN who requires network connectivity.

The old application WebReq was in Perl and written more than 20 years ago, it has been migrated to Grails.

LANDB is the core network database which stored all the network configuration: topology, devices, users, connections, firewall, fibers, telephony, …
This database is the core of all the application developped in the section and is heavily used by other people around CERN using SOAP and REST API.

Since the database was the common layer of the legacy applications, all the logic has been developped in PL/SQL over many years. In order to greatly simplify the maintenance and the evolution of the codebase, I proposed to migrate this legacy code to a service oriented architecture. The two main application now use the same service layer and a REST interface will be setup based on the same layer.

I was in charge of administering all the applications used by the developers, inside the section but also used by other people in the group. 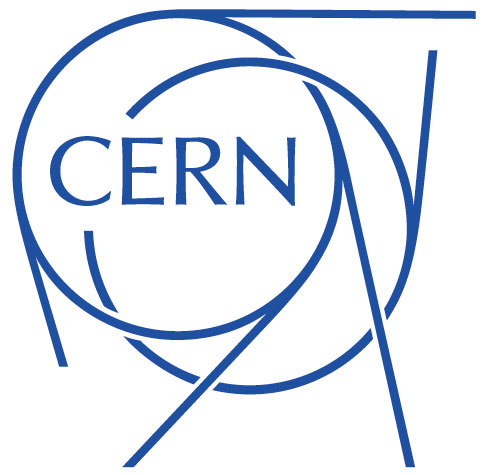 Organizer of a serie of events whose main goal was to build a community of software developers around CERN. Started in September 2015, the first event was very popular with more than 200 people attending (both in person or via webcast).

There are two events per year and span other a full day (or two afternoons). The Forums consist of talks and presentations by CERN software developers which present there point of view about the selected topic. 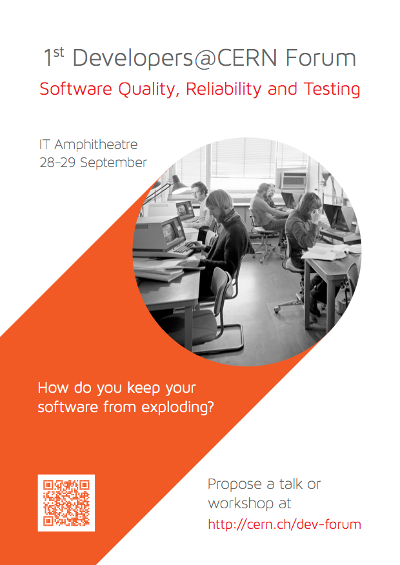 How do you keep your software from exploding?

Due to its popularity we had to extend the number of presentation slots from 6 to 20. Thus the event spanned over one day and half and more than 200 people attended both in person or via the webcast.

Are you a Python guru, or would you like to learn? 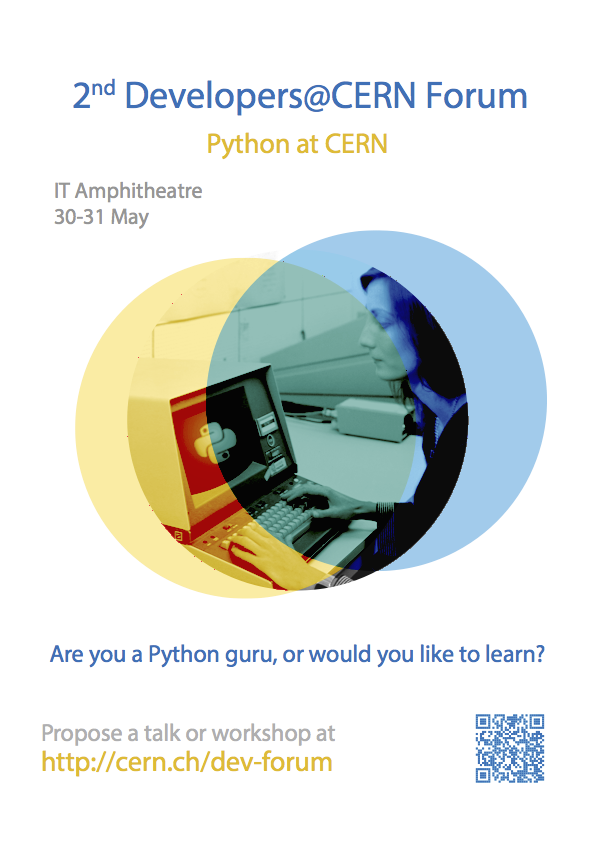 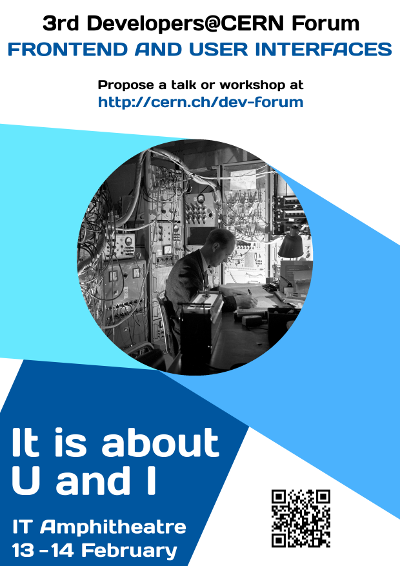 It is about U and I

How do you push your application faster than the LHC?! 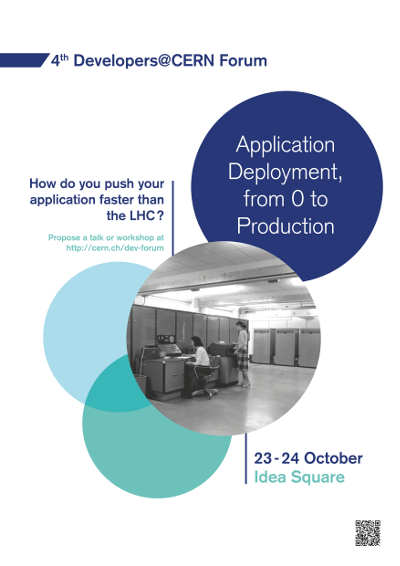 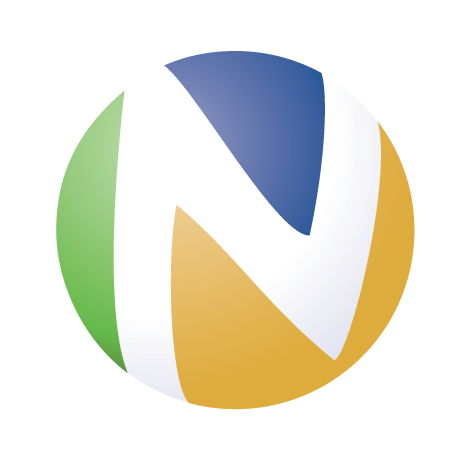 As member of a small development team (around 10 people), I was developing on NeoLoad software.

NeoLoad is a load testing solution designed for web and mobile applications to realistically simulate user activity and monitor infrastructure behavior. Developed in Java, Neoload is a heavy client using Swing for UI. To generate heavy load on tested servers it generates virtual users that replay a recorded scenario.

Based on Agile methodologies

JUnit for unit testing and QFTest for Swing UI testing

Theses modules are used to record the protocol traffic and display it in a user-friendly way. This allows the user to easily understand the purpose of each request but also to modify them according to their testing scenario.

Also used to execute the requests during a load test, these modules required strict memory management and code synchronization as they are used by more than 1500 threads simultaneously.

Modules used to analyze the behavior of the environment when performing an application load test. Each of them required to analyze how the monitored element provides statistics, retrieve them and provide usefull information to the tester. 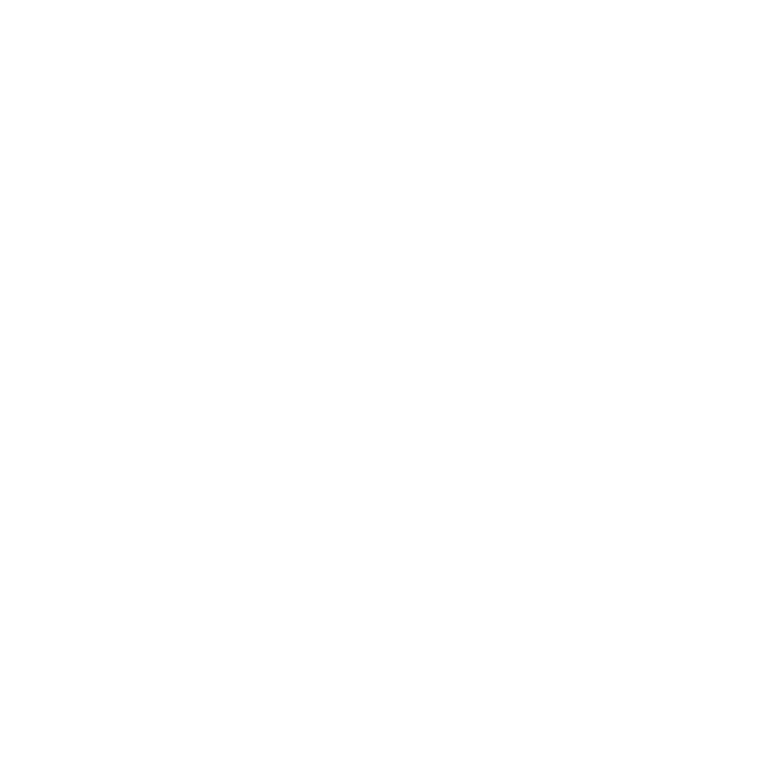 It provides all needed functionalities to seamlessly integrate Login with Amazon OAuth service in any Spring Social enabled application. 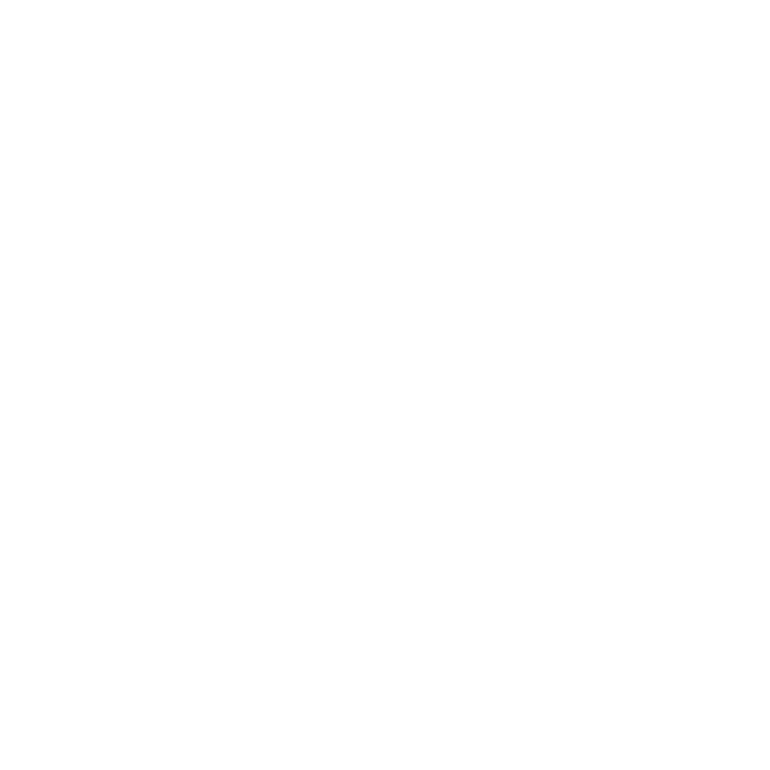 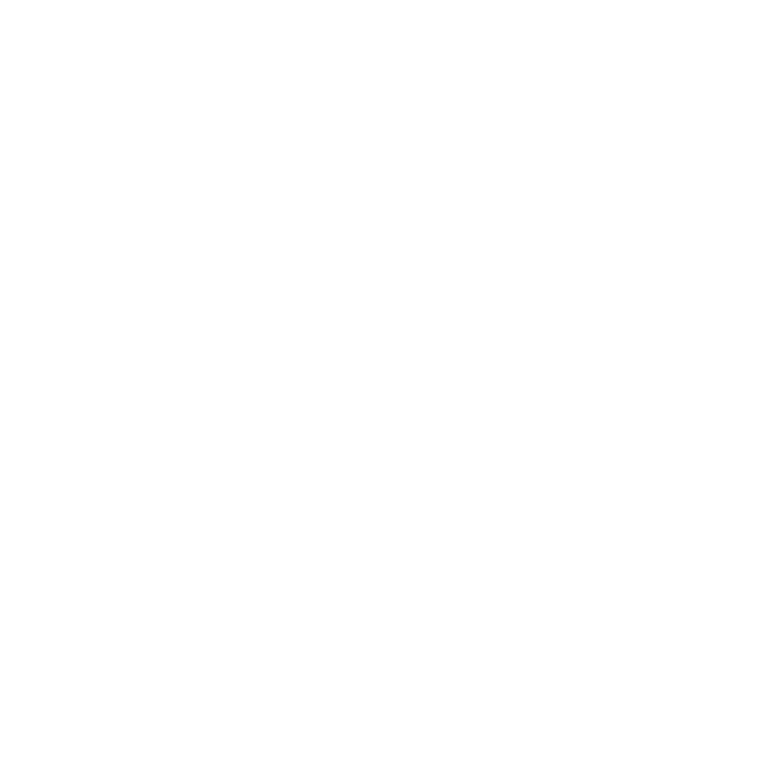